A sketch of Primrose Hill, mid-Autumn, that I did sitting in the car waiting to pick up the kids

So I think that I have finally got the concept of the main project for my master’s. I was going to do something highbrow; an animated/illustrated anthology of women’s poetry but I really think that doing something that will pay for all the shit I want to do to my face is better. And, after lunch with Lucy at the RA on Friday (which I recommend because they do a smoked salmon and creme fraiche tartine that is the perfect lunch for people who hate lunch) she made me see that children’s books will pay for that face.

Lucy is my course friend and fellow course elder so we have gravitated towards each other like … one old thing to another old thing. Dust to dust. She is leading the revolution against the slack course leadership in the Professor’s absence, particularly that of the bearded fellow, who is about to become a father for the first time, and who behaves very differently towards us – relics, mothers – than he does towards the younger course ‘females’. Yes, I rather imagine him calling them females.

“He doesn’t know what’s about to hit him,” we cackle, alluding to the advent of his firstborn and getting free Anthony Gormley, having accidentally wandered into the crowded exhibition via the back of the gift shop.

When I look at our fellow students on the MA studio floor, so earnest and so concerned about what is and what isn’t happening on the course, I wonder: how old do they think I am. How old do I look. And also, whether the builders have gone home for the day so I can finally go home and put the telly on.

I hit my head a few weeks ago on the alarm panel while taking my boots off by the front door, which I don’t usually do but the builders have encroached on the hallway so I am taking things off in different places. I hit it with such force that I thought I was going to die and might have to ask one of them to take me to hospital but I was too scared and anyway I didn’t die. But I am sure that I haven’t been the same since, like the time I whacked the top of my head on the high beam in the utility cupboard, standing on a chair, retrieving a box of Ferrero Rocher from the top shelf that I had hidden from myself. I thought I was going to die then too and for a moment thought how funny it would have been to die like that and how I couldn’t wait to tell my sister that that was how I had died.

That’s why, now, I can’t think of anything else but how old I look or what I’m going to eat next. Nothing else is going on in my head. I’ve killed what little was there to begin with. I sit in the library of Central St Martins, gazing out of the window at & Other Stories on the other side of the canal, playing with my phone.

I read this thing in a book called ‘The Artist as Critic’ about illustration being encoded female and text as male and had to close the book because I really don’t think that life is like that and maybe they are just pictures and words and that’s what people like to look at. Perhaps that is the brain-damage talking. But everyone wants a book, don’t they, and you’ve got to find a way to fill it. 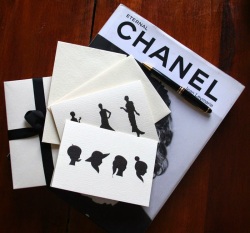